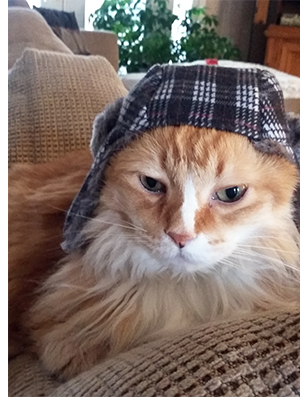 I’m so bored and sick of being inside. Frigid conditions have prevented my daily excursions and the squirrels are taking over. Credit to my Mom I guess since she tried to put me in winter attire (she said these types of hats were popular when she was a kid), but I refuse to look like a sissy. Staying inside and complaining is more my style. For those of you like my Mom who are dieting (talk about complaining), the mega calorie day is right around the corner. I’m talking Super Bowl Sunday. Irresistible appetizers, maybe a big bowl of saucy chili, all washed down with a cold brew or two. And that’s before halftime. Me? I’m planning to polish off some little smokies and a few chunks of cheese while no one is watching. Go ANY team that can beat the Patriots.

Here’s some Super bowl trivia you can toss around along with your chicken wings.