You are here: Home / Reflections / Two Cents … about Chester 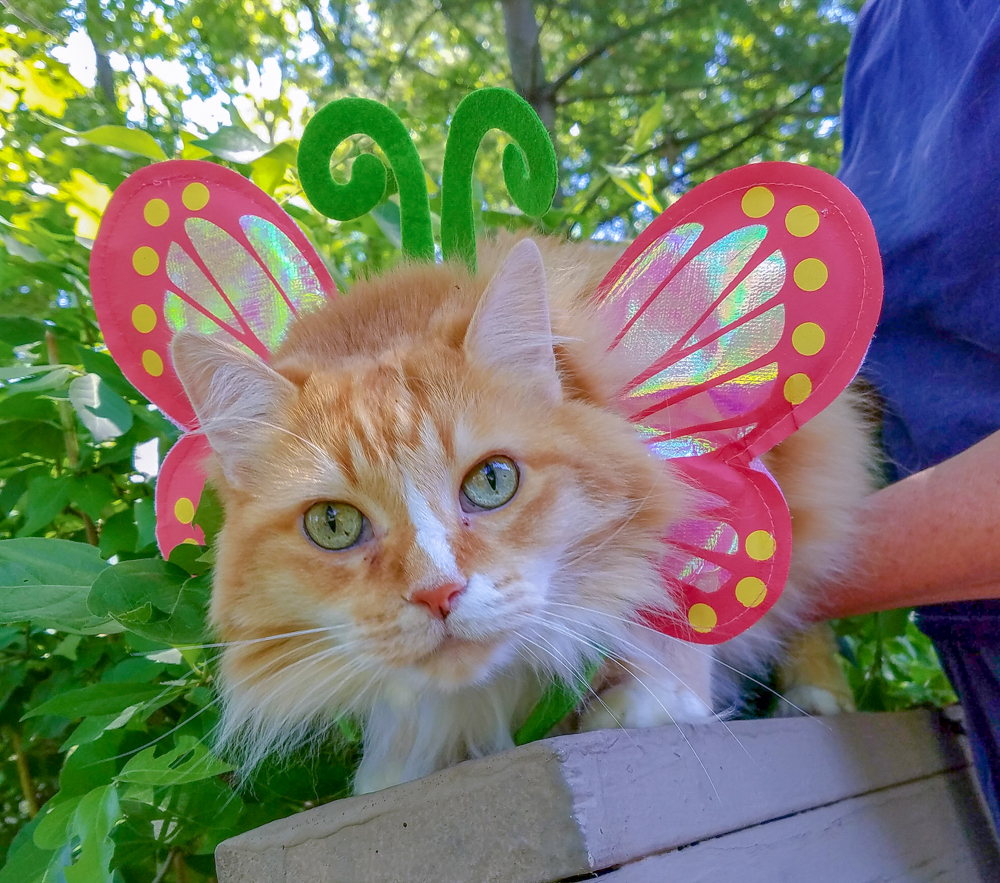 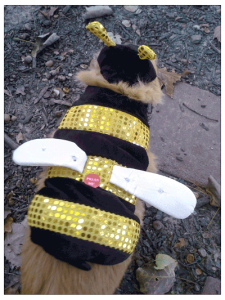 As some of you already know, my boy Chester died suddenly on February 8th.    He was eating his treat at 11am and was fine.  By 12:30 he was gone.  He had an enlarged heart, which I didn’t know about, and was actively dying when I got him to the vet.  I have heard more than a few stories from people about their furry pals who suffered a sudden death, and not one of them knew about the enlarged heart issues.

Chester was mostly a willing participant in whatever I decided he should have an opinion about.  That included holidays, flood photos, disdain for the Patriots and his pursuit of a girlfriend.  Not every post had him in costume, and his large fan base would say his comments proved that he was indignant and his macho image suffered greatly. All that said, as one fan described, Chester was a rock star. 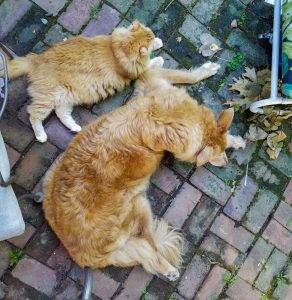 His “Two Cents Worth” monthly column in my newsletter contained entertaining comments about plans to steal table food, how difficult it was to keep the garden clear of squirrels and how thankful he was for Aunt Liz and her special treats.  His DBF (doggie best friend), Luna, was always on alert for his arrival at her back door.   More than I realized, his columns brought a smile to many people who often commented about his over the top personality. Chester was entertaining and loving from the day I brought him home, almost 11 years ago. 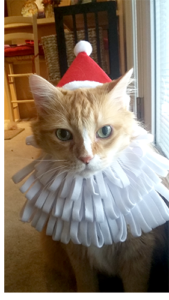 For Christmas he was sure to post what was on his wish list.  To my surprise, people sent him many gifts, including some of the costumes you see, lots of toys, treats and sometimes his habit of choice—catnip.  The heartwarming responses on my Facebook page reflect how extensively Chester entertained people; he would be proud to know his “suffering” with the costumes was appreciated. 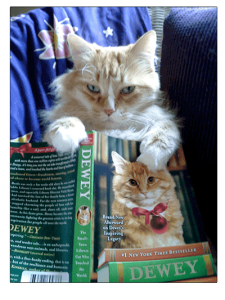 I also appreciate all the cards, flowers, food, texts, phone calls and even the offer from two friends to take their dogs.  It has not removed the pain, but certainly has helped to soften the blow.  I miss him every day and took for granted all our little routines.  I was blessed to have him in my life.

I think a lot of folks read my newsletter just to have a “Chester moment” and I’m at a loss of what to do now.  I am taking a bit of time off to decide how to fill the space taken by his columns.  If you have suggestions of what you’d like to see, let me know in the comments below!

p.s. For an opportunity to see Chester in live action, I’ve posted a video and a few more photos of him on his own gallery here on the website.