This year fresh sweet corn was phenomenal and juicy, ripe, red tomatoes plentiful. But fall brings its own set of fruits and vegetables to enjoy. Crisp apples, colorful squash and of course, green tomatoes. These little gems could be discarded as other leftover vegetables usually are, but they can be the darlings of late season dining.

My neighbor and daughter-in-law’s mother recently favored me with some green tomatoes from their gardens. After dredging them in bread crumbs and lightly salting them when they were fresh out of the skillet, I was in green tomato heaven. I overdosed for a full week. 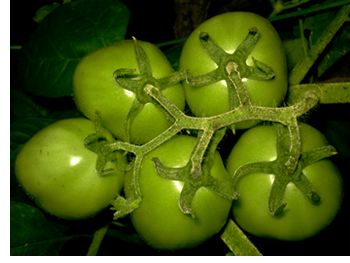 When we were kids, Mom would make them for us after we cleaned out the garden. Although there were a few shriveled green beans and two or three squishy green peppers left, the green tomatoes were the only thing left to use. She fried them to a state of charred black and salted the hell out of them. She also made Green Tomato Soup, Green Tomato Relish and put them in any dish we had until they were finally all gone. It’s a wonder she didn’t serve them up in a parfait dish with whipped cream on top. Why we kids didn’t think of picking some of them and throwing them in the woods before she could get her hands on them is beyond me.

We managed to grow two or three scraggly-looking pumpkins and on a Saturday night a few weeks before Halloween we would commence the carving. No fancy carving tools back then, just a knife and two kids waiting to take their aggression out on a hapless gourd. Triangles for the eyes and nose and with the help of our grandparents, a few simple teeth in need of braces. My brother named his “Jack,” but I couldn’t name mine as it would have given it a kind of life I wasn’t willing to invest in. Giving my mom credit, she did attempt to roast the seeds, but they too, were charred and oversalted and no one but her would eat them.

Thank God she never attempted to make a pie.

What did you use to carve pumpkins when you were a kid? If you had more artistic talent than me back then or now, tell me about your unique carving style. Share it below on the blog.